Sardinian goodiesItalian cuisine is the best cuisine in the world, with each province having its own signature dishes, which envy the cuisine of any randomly selected country. In this context, Sardinia… 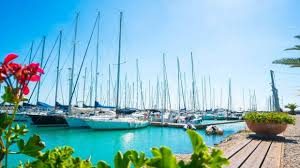 The Val di Fiemme Valley has become a real mecca for cross-country skiing fans. In these places, which are usually called the gates of the Dolomites, excellent trails are laid for those who like to ride on the plain, want to live in good comfortable hotels, use rentals and service stations, but are not ready to pay a lot of money for it.

During international competitions, Val di Fiemme attracts tens of thousands of fans from around the world. Soon, for the third time in this valley, the FIS Nordic World Ski Championships 2013 will be held. Preparations for this grand skiing holiday are in full swing: a new stadium in Lago di Tesero has already been built, hundreds of volunteers polish their language skills to make it as good as possible to receive guests of the Championship.

But now in Val di Fiemme sports life is in full swing. At the very beginning of 2012, test competitions before the Championship will begin. On the weekend of January 7 and 8, the Tour de Ski will be held for the sixth time in the Tesero area. On the first day of the competition, you can see the race in classic technology with a mass start of 10 kilometers for women and 20 kilometers for men. On the second day, a 9-kilometer free-style race will take place. Crowds of fans will gather around the tracks to watch the most spectacular stage of the competition – the final climb on the beautiful peak of Alpe Cermis. Next weekend, January 14 and 15, a new jumping competition for women will be held at the new springboard built for the Championship in Predazzo. On the last Sunday – January 29, in the val di Fiemme and Val di Fassa valleys, the next stage of the FIS Marathon Cup long distance world cup will take place – the legendary 70-km race of Marchalong. Thousands of skiers will rush along the 39th route leading from Moena through Canazei, Predazzo, past Lake Tesero in Qualeza, in the midst of magnificent landscapes of the beautiful Trentino valleys.

Between these competitions, you yourself can test your strengths on renowned tracks: 150 kilometers of interesting routes have been laid along Lake Terezo, in Bellamont and in Passo Lavanza.

Despite such a universal love of flat racing, alpine skiers in Val di Fiemme also have something to do. They are waiting for 140 kilometers of slopes of three ski areas: Alpe Cermise, Latemar and Bellamonte, between which you can move on a ski bass. If you want to alternate classes in different sports, then especially for you in Val di Fiemme there are 30 kilometers of trekking routes, a night toboggan run in Obereggen, an ice stadium in Cavalese, an outdoor ice rink in Tesero, and the municipal pool of Predazzo – the entrance to all these places will be free if you purchase a ski pass Val di Fiemme-Obereggen.

It is very convenient to get to the resorts of Val di Fiemme from the airports of Verona, Bergamo, Venice or Treviso: the special fly ski shuttle bus carries the entire season of skiers and snowboarders. A ticket costs 18 euros, but if you immediately get a round-trip pass, you can save and pay only 30 euros. Hurry up to book your seats on the website of this bus company: in January, such an eventful calendar will attract many cross-country ski lovers to the valley, so it is better to buy tickets in advance. 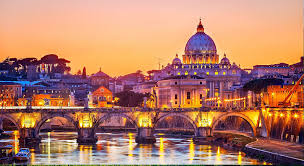