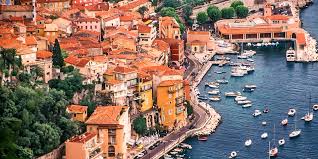 Paradise for twoInclude travel together in your personal list of classes for lovers - and life will immediately sparkle with all the colors of the rainbow! DT talks about the most romantic…

The virgin nature of the three forest parks of Trentino

Panevegdio – Pale di San Martino, Adamello Brenta and Stelvio, the three “green lungs” of Trentino, offer a large number of ways and opportunities for exploring alpine flora and fauna. Forests, mountains, rivers, alpine fauna: nature truly reigns in Trentino, thanks also to the presence of three natural parks located in the province. The Adamello Brenta, Paneveggio – Palais di San Martino and Stelvio parks guard the natural treasures of this region, the administration of which pays special attention to respect for the environment. The area of ​​lands to be protected is almost 20% of the total area of ​​the province. In the thick forests of Trentino, half a billion trees grow, nearly 1,000 for every resident of the province: a number that far exceeds the national average. Logging in Trentino accounts for 43% of the total national volume. The high quality of local wood is due to the skillful management of logging, which is carried out according to the principle of “strategy for the gentle development of the environment.” In the summer, in three Trentino parks, there are many interesting undertakings that help to get to know the Alpine flora and fauna better, and are suitable for the whole family.

The Adamello Brenta Natural Park is Trentino’s largest nature reserve, covering an area of ​​620.51 km2. On the territory of this park are mountain ranges of the Adamello and Brenta groups, 48 ​​mountain lakes and the Adamello glacier – one of the largest glaciers in Europe. The fauna of the park is represented by deer, roe deer, chamois, eagles, grouse, capercaillie, black grouse, mountain goats and the only small colony of brown bears in the entire Alpine arch – the result of the Life Ursus project. Since 2008, this park has been an integral part of the network of geoparks in Europe and the world, nature reserves that collaborate with each other to preserve the geological heritage of the Earth.

In eastern Trentino, there is the Paneveggio Palais di San Martino Park, where many interesting events are held all year round for visitors of all ages. For children, and not only, guided tours are held in the Villa Welsperg estate, located in the picturesque Val Canali valley, where you can taste local cheeses. Excursionists will find a modern Visitor Center with a cinema hall, a large layout of the reserve, a hall with aquariums and interesting natural exhibits, as well as a hall that tells about the dynasty of counts who owned the estate for many years. In winter, snowshoe tours are held in the park, and in summer trekking to the Paneveggio violin forest. The valuable wood of red spruce trees growing in this forest is used to make resonant decks for stringed instruments. The famous violinist Stradivarius used the wood of resonant spruce trees of Trentino for the manufacture of his famous violins.

The Trentino part of the Stelvio Natural Park is a corner of pristine nature, which is framed by the peaks of the Ortles-Chevedale mountain range. The reserve is located north of the Adamello – Brenta Park. In this highland area, you can often see deer and chamois, squirrels and various birds inhabiting this park, as well as observe the magnificent flight of predators such as the royal eagle or bearded man (a large bird of prey, newly resettled in the Alps after almost complete extinction). The opportunity to see these animals is offered by day or evening excursions, which are held in the park all year round.

In addition to parks, in Trentino there are several faunal zones. In one of them, located seven kilometers from the town of Spormaggiore and covering an area of ​​7 hectares, bears, wolves and lynxes live; on six hectares of another zone located in the town of Casteller, you can see numerous representatives of the fauna of the entire Alpine arc.