Folgaria - for lovers of downhill and cross-country skiingIntroduce your children to the winter magic of Trentino! If you decide to relax with your whole family, then you should go to the southeast of this region, to one…

Skiers and snowboarders, who appreciate not only thoughtful slopes, amazing landscapes, but also fast lifts, choose the resort of Val di Fassa, considered one of the most technically equipped in Italy.

Relaxing in the Val di Fassa, you are completely protected from the vagaries of nature: snow is guaranteed everywhere – on all 115 slopes and in 4 snow parks, because the ski areas are covered with modern snowmaking systems.From December to April, 86 high-speed lifts will quickly ascend you to the top: you will not have to crowd in tedious lines or freeze on a too slow “chair”, you will have time to go around most of the 220 kilometers of equipped tracks and, without taking off your skis, to make the most fascinating tours.

Of course, those who already have a certain experience can appreciate such speed skating. Val di Fassa is ideal for middle peaks: most of its tracks are marked as “blue” and “red”. Having bought the Val di Fassa-Carezza ski pass, you can ride all the lifts from Canazei to the Passo di Costalunga, and the TreValli ski pass will provide access to the Val di Fiemme Moena area.

Professionals will certainly appreciate the quality of the Val di Fassa pistes, but they should think about driving along the slopes of the surrounding resorts, because local routes may seem quite simple to them. By purchasing the Dolomiti Superski ski pass, you get the key to 500 kilometers of diverse pistes around the Val di Fassa and the neighboring Val di Fiemé and San Martino di Castrozza.

The same ski pass will be required for those who decide to ride along the Sella Ronda – an impressive looped route. If you overcome 40 kilometers of descents and ascents, you can see all the most beautiful peaks in these mountains. The path is laid along the Sella mountain range: you will ski through four valleys on skis. It sounds impressive, fearing and doubting your strengths is not worth it: even inexperienced skiers can cope with a giant “carousel” in about five hours, not to mention those who have been skiing for years.

Sella Ronda has already become a real ski legend, but do not forget about other interesting (albeit shorter) thematic routes, such as a trip to the most beautiful places of the Three Valleys – a Tre Valley tour, a tour of the memorable places of the First World War, and also a Panorama tour, which will allow you to admire the most picturesque peaks of the Dolomites.

Val di Fassa is one of the few winter resorts where it is quite possible to exchange skiing for cross-country skiing. Judge for yourself: cross-country trails are laid all over the valley and even at the peak of Champak at an altitude of 2000 meters. You can repeat the 70-kilometer route following the footsteps of the Marchalong ski marathon, which traditionally takes place in Italy on the last Sunday of January.

Going to the resort, do not leave children at home! For the little skiers in Val di Fassa there are several play areas and ski schools with instructors and teachers.

Like other resorts in the Trentino area, the Fly ski shuttle bus runs to Val di Fassu from Verona, Bergamo, Venice and Treviso. Tickets for it should be booked in advance via the Internet: one-way fare will cost 18 euros, round-trip – 30 euros. One child traveling with two adults can travel to the resort for free. 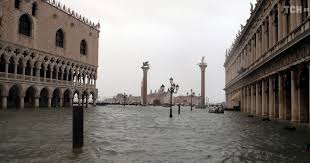 The virgin nature of the three forest parks of TrentinoPanevegdio - Pale di San Martino, Adamello Brenta and Stelvio, the three “green lungs” of Trentino, offer a large number of ways and opportunities for exploring alpine flora and fauna.…