10 Italian resorts you might not know aboutYear after year, travelers storm the same Italian places: the coast of Sardinia and the Sicilian Taormina, the Tuscan hills and the resorts of Emilia-Romagna, land in whole landings in…

Folgaria – for lovers of downhill and cross-country skiing 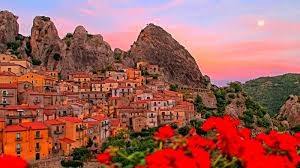 Introduce your children to the winter magic of Trentino! If you decide to relax with your whole family, then you should go to the southeast of this region, to one of the calm villages of Folgaria. Here you can ride on wide slopes, cross-country skiing in endless fields and forests, admire the valleys covered with snow and the gentle Italian sun, breathe the beautiful air of one of the most ecologically clean areas of Italy.

The slopes of Folgaria are not very complex and steep, although about half are marked as “red”. Beginners here will be quite comfortable. And experienced skiers will be able to pay attention not only to their own sports records, but to admire the surroundings as well. To see the forests, ancient fortresses, and the fortifications of the First World War, and other local attractions, it is worth taking a ride along circular routes: the largest in the Trentino Alps, consisting of 125 kilometers of Skitur dei Forti pistes or a hundred kilometers of pistes equipped with snow cannons “Ski Folgaria”. By the way, photos from winter Folgaria are amazing! So that you can spend more time skiing, rather than tiring lifts and queuing, new high-speed ultramodern four-seater lifts are installed throughout Folgaria.

Those who so far feel insecure on the slopes will be helped in numerous ski schools. Experienced teachers are happy to work with you and with your children. Book a course in advance, and an instructor who speaks Russian will be selected for you.

If you do not doubt your strength, immediately buy a Superskirama ski pass. With it you can ride not only on the slopes of Folgaria and Lavarone, but also take a special shuttle to other resorts of Monte Bondone, Pinzolo, Peyo, Passo Tonale, Ponte di Legno, Marilleva and Folgarida, as well as the luxurious Madonna- di Campiglio.

The highlands of Folgaria are a paradise for cross-country skiing lovers. There are three main “centers of gravity” for them in this area. First of all, it’s Millegrob with its 35 kilometers of tracks, 5 of which are equipped with an artificial snowmaking system. This area is known to all fans of skiing as a venue for various competitions and the training base of the Italian national team. On the plateau at an altitude of 1600 meters lies the ski center of Cento Fondo Passo Coe, around which two rings of pistes of varying difficulty with a total length of 34 kilometers are laid. Beginners and families with small children will be welcome in Cento Fondo Forte Curle, located 10 kilometers from Folgaria, where among the meadows and openwork emerald green low spruce trees there are three ring trails. The length of local routes is 1.5, 4.5 and 8 kilometers, they are designed for those who prefer the classics, and for practicing skating. If you decide to ride in several places at once, think about purchasing SuperNordicSkipass – a single ski pass that will give you access to the main centers of lowland skiing throughout Italy.

Like all Trentino resorts, it is most convenient to get to Folgaria from the airports of Verona, Bergamo, Venice and Treviso: they fly the special fly ski shuttle bus all season. Do not forget to book a seat via the Internet: a one-way ticket will cost 18 euros, a round-trip ticket – 30 euros. One child under 12 years old traveling with two adults can travel to the resort for free.

Val di Fiemme - winter holidays for a reasonable priceThe Val di Fiemme Valley has become a real mecca for cross-country skiing fans. In these places, which are usually called the gates of the Dolomites, excellent trails are laid…