Italian hotels: what the stars say 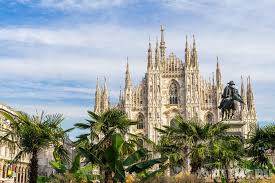 The average tourist used to navigate the world of hotels by stars. Everyone knows, for example, that five stars are better than four, and even more so than three. Upon closer examination, however, it turns out that hotels with the same number of stars can differ from each other, like heaven and earth in terms of the services provided and the condition of the hotel itself, even within one country. What is the matter? The permissiveness of hoteliers? No matter how.

The main problem is that for a long time there was no international agreement regarding the classification of hotels. It was absent even within the framework of the European Union, where, in theory, it cannot be absent, therefore, each country has taxied as it pleases and in any suitable direction. As a result, we had what we had: in the UK the system was five-star, in France four-star, in Finland starless, and the Germans set stars every other time, but on the whole they wanted to spit on them. However, at the beginning of 2010, representatives of seven European countries decided to put an end to this mess and met in order to consider this problem more closely and, possibly, to agree at least the minimum rules regarding the classification of hotels.

When comparing the systems of different countries, it turned out that the worst situation exists not somewhere else, but in Italy: there is a star classification of hotels, but the system as a whole is such that, according to Italian national traditions, it will break a damn thing in it. So, in the country side by side with natural three-star huts there are freshly repaired “treshki” with all the modern packaging that can wipe the nose of the average “four stars”, while everything is legal and no one violates anything. It comes to the ridiculous: Italian tour operators themselves get stuck in this mess, and nothing can guarantee their customers.

The fact is that in Italy, starting in 2001, the classification of hotels and, in general, all tourism have been left to the regions, and are not centrally regulated from above. And the regions in Italy, as you know, twenty pieces, and five of them are completely autonomous. Therefore, each of these huts has its own personal rattles, which greatly complicates the already difficult situation, because in the country, in addition, there are also several different ways to classify hotels.

The very first system has been operating since 1937 and divides hotels into five number categories, each of which has its own specific details. However, Law 217 of 1983 states that from 01/01/1985, regardless of the presence or absence of regional rules and regulations regarding hotels, all categories of hotels must accept star classification: luxury hotels are renamed to five-star, the first category gets four stars the second is three, the third is two, and the fourth is one. Luxury hotels with world class details get the rank of Five Star Luxury. This system is still operating in Lazio, Molise and Basilicata: the hotels have stars on themselves, but the requirements for stars in these three regions will be different from the requirements in other places, since they are based on the old position on categories, and not on the new one, which goes below.

The second system was adopted in the eighties of the last century and “gives out” stars according to the total number of points received by the hotel for the presence or absence of certain details required for each star – from thirty points for a one-star hotel to three hundred and forty in the case of the highest Italian category “Five star luxury ” Here are the regions where this system operates: Abruzzo, Campania, Calabria, Liguria, Sardinia and Valle d’Aosta.

The third system, the most sane, was adopted in the nineties of the twentieth century and prescribes a minimum of mandatory details for each category of stardom. Today, this system operates in the remaining eleven regions: Trentino-Alto Adige, Friuli Venezia Giulia, Lombardy, Emilia-Romagna, Marche, Piedmont, Apulia, Sicily, Tuscany, Umbria and Veneto. The point is small: find out what exactly these very minimum requirements are. Still, thanks to the regional independents, we can only talk about something very, very averaged, but let’s look at least at this approximate alignment.

One Star Hotels
One-star hotels are required to provide only basic services. The room should have a bed, a mirror, a wardrobe, a bedside table, a chair and a trash can. The hotel provides the client with soap and towels, which will be changed twice a week – unlike bedding, on which, if the owner saves on laundry, you can sleep for a long time, but in any case no more than seven days in a row. Heating must be in working condition in all areas of the hotel. There should also be a telephone and a television – at least in the lobby. Registration of customers should be carried out around the clock. At least one bathroom for every ten customers is also required.

10 Italian resorts you might not know aboutYear after year, travelers storm the same Italian places: the coast of Sardinia and the Sicilian Taormina, the Tuscan hills and the resorts of Emilia-Romagna, land in whole landings in…