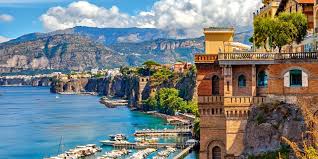 The best places and routes for leisure alone: male version 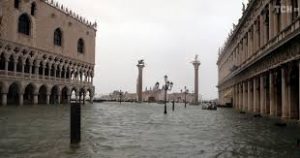 There are several types of people who travel alone. Some simply did not find a company for the selected dates, but did not want to lose their vacation due to such nonsense. Others travel just in order to meet someone – these are lovers of spa romance. Still others do it consciously, as such travels have a lot of advantages. The main one is the opportunity not to be distracted by fellow travelers and immediately immerse yourself in the culture of another country. Such a journey allows you to understand yourself and clear your head of trash. Finally, traveling alone often turns into a real challenge, if you choose a fairly complicated route. We tried to take into account the interests of all these types of travelers and prepared a list of places and routes that might interest single people. This list is primarily aimed at men: a calmer and safer “female version” here.

Thailand
Thailand is suitable for all types of singles. Firstly, here is Pattaya with the famous Walking Street, where there are many restaurants, nightclubs and other entertainment venues, and very persistent and ready for all night butterflies of an unknown sex jump out of the lonely man.

Secondly, in Thailand, about 93 percent of the population are Buddhists. So those who seek enlightenment and solitude can go to the north of the country, where there is no sea and fewer tourists, but there are ancient cities and amazing monasteries and temples. First you can visit Chiang Rai, the former capital of the kingdom of Lanna, where not only ancient monuments are located, but also the amazing White Temple (Wat Rong Khun), which was erected in 1997.

Thirdly, Thailand is suitable for a relaxing beach holiday or for active sports. You can go to Phuket: here come fans of surfing, wakeboarding and other sea sports, and fans of beach “tuning”. Rafting is also popular in Thailand: in the province. So, for example, there are two interesting routes for intermediate and advanced athletes – the Umphahg Khi and Namtok Thi Lo Re rivers. Good routes for beginners are in the provinces of Chumphon, Nakhon Si Thammarat, Satun and others.

Routes in the Altai Mountains
Tourist routes in the Altai Mountains are suitable for those who are tired of civilization and want to be alone with nature. And the local nature is worth it to give it at least a couple of weeks of your life: even in the south you can’t see such huge and bright stars. What can we say about the beauty of snow-capped mountain peaks, blue lakes, rivers in gorges, forests – it’s better to see a photo, words are still not enough. In addition, Altai has one more side – the mystical one. For example, a common myth says that Altai is the “navel of the earth”, the energy center of the world. And it is here that the energy channel is located, connecting the earth with the Universe. Fans of various sects flocking here, creating their own communities and living far from the world. In some ways they are right: the atmosphere and, I am not afraid of this word, energy here is really special. So on a trip to Altai you are likely to meet many strange personalities. And you can’t meet anyone, you also have to be prepared for this: tourists should not go on such trips without experience, you can only rely on yourself.

In addition to hiking, rafting is also popular in Altai, and many mountain climbing routes have also been laid here, including a route to Belukha, the highest peak of Altai. But climbing is still better to do in groups with experienced climbers.

Ayia Napa and other Cyprus resorts
Ayia Napa – the center of nightlife in Cyprus, it is a popular youth resort. There are great beaches and fun discos, many restaurants and other entertainment. If a loner wants to make new friends, then here he is. There are many Russians in Cyprus, so you can find a company, even if you are not friends with languages. If the language barrier is not an obstacle, then you can talk with tourists from other countries: Cyprus is popular with German and English tourists.

In Ayia Napa there is something for active tourists to do: windsurfing, diving, yachting, fishing, and finally, are popular here.

Curious loners can go on a tour of the sights of Cyprus: ancient monasteries and fortresses from different eras have been preserved here. Those interested in Greek mythology can visit the birthplace of Aphrodite. True, almost on every Greek island they will show the very place where the goddess originated from the sea foam, but the bay of Aphrodite in Cyprus is in any case a very picturesque place, so it is worth seeing.

Algeria and Morocco
Morocco is a revived oriental tale. On the one hand, it is an ancient Muslim country with strict laws and regulations. The same “country of contrasts”, where from eastern luxury to African poverty only a few steps to the neighboring quarter.